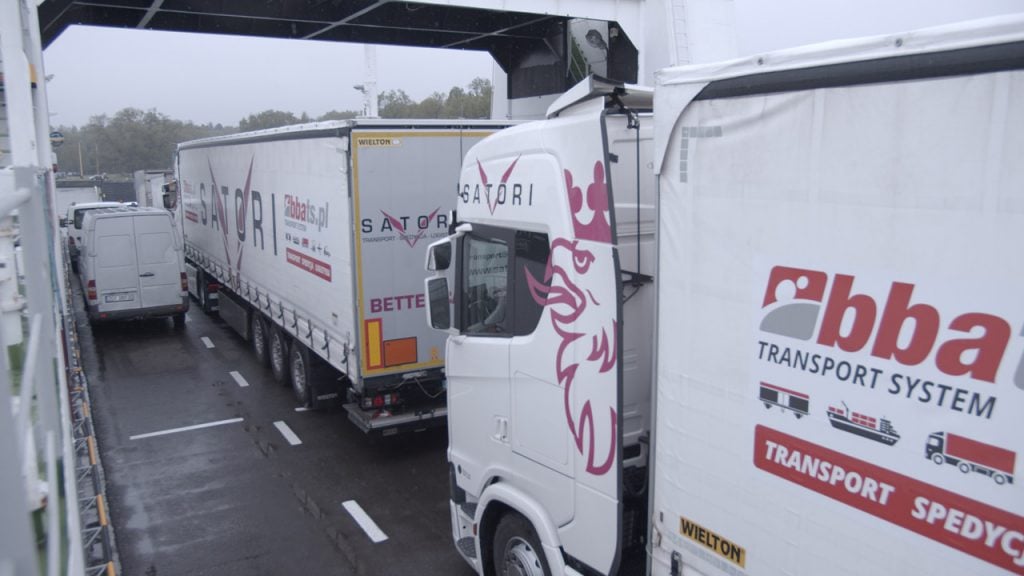 At the end of 2018, we received a request for the possibility to air transport valuable measuring devices from the United States to Świnoujście. Our Key Account Manager – Mateusz Myszyński has started working with the client on this order. In order to properly evaluate and carry out freight, it was first necessary to know the full specifics of the transported goods.

At the initial stage, our sales specialist did not have detailed information about the load itself or about the dates expected by the customer in which he must have the goods delivered to the destination. A thorough interview about the commodity has begun. To be able to carry out transport without interference, we had to learn as much information as possible about the material we transport. Thanks to this, we were able to choose appropriate methods and balance costs.

It was necessary to know the details about the load:

After full recognition, it turned out that the transported goods are high-class geological measurement equipment. These devices are part of a huge contract for the extraction of natural resources from the bottom of the Baltic Sea. The elements transported by us will be located at a great depth on a total area of ​​120 km². In addition, they are rented for a specific period of time and each subsequent day of their work costs thousands of dollars. At this point, it was clear to us that there could be no surprises at the stage of carrying out the transport order.

The transported goods were also of very high value. In total, the set contained 67 wooden boxes of various dimensions and a total weight of 15 360 Kg.

The client assumed the cheapest means of transport from the United States to Poland. Mateusz valued the cost of sea freight without hesitation – because it is the most economical transport solution in international forwarding. The financial factor often forms the basis for determining the transport route. Among land, sea and air – sea transport is the cheapest.

The feature of sea transport in the form of relatively low freight costs, however, has a disadvantage – the ship from the United States to Europe sails about 30 days.

All the time devoted to the preparation of the transport specification was already over a week, and the contracting party posed us with further challenges. It turned out that the devices placed in boxes have built-in lithium-ion batteries, which, according to international conventions, must be transported according to strict rules. DGR, because that is the name of the regulations concerning loads containing hazardous materials, require a number of certificates and approvals of several authorities, both at the place of dispatch and receipt. Such goods also undergo more detailed control at seaports and airports.

Having all the variables set and confirmed unambiguously by the client, Mateusz started to determine the faster route of transport: air freight. The falling costs of aircraft exploitation and the general spread of flying make it also a very development branch of logistics.

In the case of transporting such valuable cargo on such a remote section at predetermined dates – the cost of air transport did not prove to be a closed topic and the customer finally accepted our valuation.

At this point, we started to implement the transport. All contact information to the customer, as well as those collected about the load, were forwarded from the sales department to the operational department. Our executive team consists of specialized forwarders with experience confirmed by international certificates. We belong to international organizations of logistics companies from around the world.

To properly perform the air transport service of the goods in question, you must be a member of the IATA network – International Air Transport Association.

Patryk Pawlik – a forwarder with 8 years of experience in air transport – was delegated to carry out the entrusted order. Our specialist was responsible for the full implementation of transport. From picking up goods from a warehouse in Houston, Texas, through air freight to Frankfurt, to local service upon arrival at the airport.

Patryk started by establishing contacts with our subcontractors in the USA and Germany. Coordination of customs agency work, ground handling at the airport, contact with an airline or warehouse is the basis of work in aviation logistics.

It should be added that the BBA Transport System, by belonging to the WCA network (World Cargo Alliance) has many logistic agents in the United States. Contact with them was also in Patryk’s hands. It is the agent who manages the shipments on site and helps in dealing with subsidiaries.

The task set for the WCA network agent was not the easiest task. Given the above, Patryk has tailored a specially selected person to this challenge.

Due to the time differences, the freight forwarder’s work began at 8:00 am Polish time and ended late at night.

The biggest challenge was the time pressure under which we had to work, timely delivery and very high value of the goods.

The transported load had to be covered by additional insurance. To this end, our other specialist – Marcin Samot contacted the insurance broker. After a thorough check of the goods and a relevant contract, the cargo was insured and ready for further check-in and finally air transport from USA to Europe.

Due to the fact that the transported load had DGR status – hazardous material – he had to undergo a number of checks. From checking the goods under the correct marking in the agent’s warehouse to the checklist at the airline’s loading hub. The package must have all necessary stickers and must be properly secured. All documents confirming the properties of the goods must also be transported with it.

The Freight Forwarder takes care of these broad issues and is responsible for their proper supervision and for compliance of transport with international law.

After sending the goods to the place in Frankfurt, unloading, customs clearance and transhipment to the warehouse, the further part of the forwarding belonged to land carriers. The logistics chain often consists of, in addition to delivery to an airport or seaport, also road transport to the address indicated.

On this episode Sylwester Janda – our specialist in land transport – entered the action. New Year’s Eve already knew what goods he was dealing with. He knew its exact dimensions. To carry out the task of transporting 67 boxes from the Frankfurt airport to the seaport in Świnoujście Sylwek selected a trusted partner in road transport. It was a friendly company Satori from Szczecin. To transport this amount of goods, three sets with curtain side semi-trailers and self-loading lifts were necessary.

We, as the main contractor, wanted to deliver the goods to the destination as soon as possible. Our subcontractor – the carrier has adapted to this requirement and issued a double cast of drivers.

The biggest challenge, or rather an unexpected complication, was the need to organize the ferry crossing at the final stage of the transport. Information on the exact place of unloading was given to us at the last minute. The need to find a quick solution appeared in the late evening on the day preceding the delivery, but thanks to the experience of the carrier, it was solved almost instantly. The problem could be due to the fact that the goods were subject to ADR regulations, which involved the preparation of appropriate declarations for ferry transport. Also, the captain of the ferry himself may not have agreed to carry the goods. Nevertheless, the efficient response of the Satori team allowed for the completion of transport according to plan.

From the moment of loading goods onto cars at the Frankfurt airport until delivery, taking into account the time needed for customs procedures, transport closed within 35 hours.

The entire Houston – Świnoujście transport is summarized by our Director of Transport and Forwarding Department – Mariusz Żakiewicz:

BBA Transport System has been involved in the organization of road, rail and air transport for 20 years. We deal with air transport orders every day. We make up to a dozen or so such transports per day.

The role of management in this type of orders is to coordinate the work of the operational team as well as to analyze and manage risks that may arise throughout the supply chain. For the transport in question, one of the main parameters was the shipping time and the very high value of the goods. From the management’s point of view, the key was to secure the risks that could be shown in these areas.

The process of team coordination for such assignments is based on continuous exchange of information. We started the day with a team meeting, during which we discussed the status of the shipment. We also ended the day by deliberating, planning further activities for the next day.

Thanks to the responsible work of each of the team members involved, the transport was a complete success.